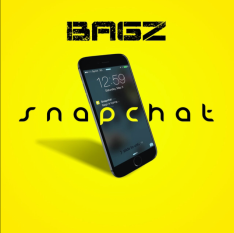 My girl Francesca, has just recently taken on a super sick role at J.O.A.T Music Group & hooked me up with meeting Bagz and giving me the chance to get to know a bit more about him and his music.

Before I met Fran I had never been in a boardroom – might seem a bit stupid to some but it was a bit of a step for me especially as I was interviewing Bagz in the boardroom.

I got to have a little chat with Reece from LINK UP TV before hand and I had a cheeky nose through his questions (great questions by the way, Reece knew a lot more about Bagz than I did and his questions were different from mine so when he puts out his write up, be sure to check it out!)

Bagz came in with his boy Jesse – who deserves a shoutout because without you we wouldn’t have any evidence this happened lol.

I was quite nervous and Bagz seemed a bit shy at first so we all took it slow and calm, went through a couple questions a few times and flowed with it.

First question… How did your name Bagz come about?

How did you get into making music, when you sort of found or realised ok I like these sounds… What did you do?

Before I even started making music my friend used to rap as well, he was very good at rapping, and the way he raps is very different from me and its like he raps about some things that he goes through in life, I do as well but he puts it in much more detail. I used to go home and then think like rah did he just say that like did that actually happen You understand? So I used to then try and do it myself, I saw that you can actually do it, it’s not something hard if you wanna say something, however you want it to sound you can do it, You understand?

Thats where it came from. When I felt comfortable and it came out,  I done it to like my friends and people I know, they said ‘yh your good you should continue…‘ But I didn’t think to myself ‘ah yh im good‘ it’s crazy, I don’t think to myself that I’m good as what people are saying. I feel that’s what makes me even better, its not fake. (he is very humble.)

There was a lot of encouragement from my people as well so yh, it kept me going when they say like ‘yh your good, can I hear some more, or when’s the next one coming?’

You’ve released 2 songs influenced by social media ‘Whatsapp’ and now your latest release ‘Snapchat’ can you tell me a bit about the creative process behind making that?

Erm, ‘Whatsapp’ is just like how I was feeling at the time, summertime I was in the studio, they made a beat and I was just playing around really with that song ‘whatsapp’, it was like that time, I dunno if you could remember but – Lyca season – if you have Lyca and your friend has Lyca its a free call init.

I was like I don’t really want it, I want your Whatsapp number I don’t want your Lyca one.

It was a joke really, and then it came out and people felt it. When that came out it done good, and people were thinking there’s gonna be a remix to it and asking am I gonna do a song like that again…

I know that they listen to me and if it’s not good theres no point in me delivering it to them so I just waited and I just looked at what was current now. I could’ve made a song about football or something, but I just felt like – I’m on Snapchat, everyone has Snapchat that I know… You understand?

So I just used the social media again and its doing alright so far and it should continue to do good!

Was it a natural/organic kind of thing? Say wherever you was in the studio and who you were with?

For both of them it was organic, it’s just that when you have a topic like that you have to be very careful of what you’re saying because it has to correspond with the title.

… Can’t be talking about Whatsapp and then I dunno… Party.. lol

How did you meet Stevie B and was your vision the same from when you met or were there any disagreements?

More time when I’m talking to a girl and then I get her snap, then I take it away and I’m talking to her, and  I wanna meet her. It’s as if there’s only one thing that I wanna meet the girl for do You understand? … And it’s like I don’t actually want trouble like I just wanna chill with you, get to know you…

The other one is;

‘Baby wanna do me so wrong, but everyday she want’s to play my song’

Coz like at the same time when that happens, she doesn’t wanna come see me, 2 days later go on the snap and my songs in the back. #bangingoutyatune

What fake names have girls given you?

I think there was one fake name but I cant even remember it, its crazy coz you add it, and go away thinking yhhh…

… When you later relax and then look through your snap, its actually not that person its someone else. It makes you wonder how do they know that account? But its nothing really…

That brings me to my next question…

I’ve been guilty of giving out the wrong snapchat name not gonna lie, if I’m not feeling it I’ll put Jade123 going off my middle name L00L how does it actually make you feel when that happens? Is it like a ‘ah pissssed’ kinda moment?

It depends, you might come across a girl that really thinks your cool and that but she’s got a boyfriend or partner and it’s like cool, maybe she didn’t wanna say it to me…

For whatever reason, it’s not actually by force for them to give you, I don’t ever take it as ‘ahh I’m not good looking‘

I just take it as that’s what she wanted to do init, its her loss at the end of the day, I just thought she was nice, wanted to get her snap, chat to her and that’s it.

But she’s gonna see me on the YouTube, and then shout me. So she’s gonna shout me in months to come anyway so it’s cool LOOOOOOL 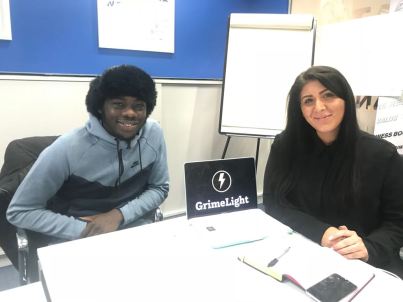 Big Thanks to Marlon @li4emanagement

One thought on “Bagz in the Boardroom”