A west London based artist with a unique charismatic flow and fashion style. He has put in a lot of ground work selling over 60 thousand mixtapes in the streets of London, Paris and Denmark. After supporting AceHood at the 02 Indigo, Handles and his crew TDNB then went on to be featured on the likes of BBC1 Hue Stevens radio show, MTV UK, MTV, MOBO, Complex, plus many more.

The thing about Handles is that he defies genres. From Hip Hop, Trap, Grime, R&B, the deepest Funk to Electronic.

He has the ability to wrap his vocal around anything that is put in his path. What more could you ask for! Videos for all of the 4 track’s will be released shortly with the EP.

I had an interview arranged to speak with Handles by Music in Motion PR and after I had read his biography I must say I was really intrigued to talk to him about how he has managed to sell a vast amount of his EP, as a physical CD, considering CD sales have seen a major decline since streaming services became accessible, I was impressed by his stats.

We started off getting to know the basics, hailing from West London, basically Ant & Decs next door neighbour and coming from a musical family, I got to know a bit more about him.

My curiosity couldn’t wait so I went straight in asking him about how he has sold over 60 thousand copies of his mixtape? Handles told me its probably about 100 thousand now, since that biography was written.

I feel that it is such a hard thing to do for British artist’s so how do you sell a cd on the street?

Looking at artists like Young Nate, Doktor, Sound bwoy & Jaja Soze, I remember how hard it was for them to engage people and then to get them to buy their CD’s – and were not talking about their bredrins from ends, were talking about going to next ends, tourist spots like Leicester square and across Europe, selling a physical CD. From witnessing that, the graft was extremely hard, I don’t know how many times Sound Bwoy sang to me on the streets of Angel, West End and Leicester Sq.

Handles got this question a lot, but how does he manage to sell so many CD’s?

“I’m out there just being a real person, and what it is, is most people don’t get to experience realism everyday, 9/10 people are getting up in the morning by themselves, speaking to the people that they see everyday, going to work in silence, working with the same people everyday, coming home in silence, doing the same thing everyday…

Theres no real conversation, no motivation, its all just rah rah rah,  this person got stabbed, and its all negative, Man United lost and its raining tomorrow have a nice day blah blah blah… That’s literally what your fed everyday, so when people stop to speak to me its like a breath of fresh air, its nice to see somebody motivated and to see something different so they invest in it, they’re not buying the CD, most people don’t even have CD’s or a CD player, not everybody has a car, but they’re buying the music because they’re invested in what I am doing, invested in me as a person, invested in my goal and invested in my effort. invested in my graft that I’m out here doing it”

“From that a person might give me £2, £3, £10, £20 for a cd, it varies, people give me all kinds of money for the music, but what they’re giving me is an investment into the bigger dream, because I’m not saying ‘Yo buy my music buy my music, I’m like this is what I am doing, this is how i’ve got here, this is what I’ve actively done, I’ve been on X Factor, I’ve done this that and the other, and its all come from me doing this and talking to people like yourself, so they understand that it’s bigger than me just trying to flog a CD.

They’re invested in me as a person because I have spent time with them, then they go home follow me on socials and now were connected, so when they like my photo or leave a comment and I respond to them, I’m not responding to a complete stranger, I’m responding to somebody who has connected to me, they were a complete stranger but based on what I’m doing they’re supporting me.

People are not falling in love with my music straight away, they’re falling in love with me first. Then they go home and realise that my shits fucking hard. They message me like this is fucking fire I thought it was gonna be shit, yo my Bredrin, car chasing, I know handles bruv he’s from the ends always out ere selling his mixtape, I bought it. So it creates a real relationship, it doesn’t have to be oh yeah he used to sell my friend weed, or he robbed my bredrin 2 weeks ago, do you see what I’m saying? I’m strictly doing what I am doing from positive energy.”

Touching on popular culture and the fast trends of the music industry Handles TDNB is not a fan of negative energy but isn’t afraid to call people out;

Don’t be wearing Hype Beast clothes or dressing for the culture… I will pull you up, I see people walking about in Yeezys and Gucci belts this that the other, and I’ll be like ‘Do you like music?’ But because everyone is caught up in the matrix they’re like no thanks… So then I’m like ‘WHAT YOU DON’T LIKE MUSIC BUT YOU GOT YEEZYS ON, YOU SURE? YOU PAID 400 FOR THEM THOUGH’ HELLA BANTS!

Handles continued explaining his outlook to me in a sense that;

“I don’t have the fear of professionalism and customer service, were all humans, were all the same, living in England, we’ve all got money, even the homeless people got money but why feed into something you don’t like?”

Managing to communicate effectively across the world, Handles learnt how to connect with everybody on some level, learning short phrases in other languages for introductions across Europe to induce a conversation, he told me that from his experience, approaching non english speaking people was harder because in effect their defence mechanism tool is ‘Sorry no English’ but Handles approaching tourists in their mother tongue gains respect because of the approach and ultimately has led to people using the English that they do know to reciprocate effort and time to conversate and get to know him. From that, people can see that he is a real guy,

“Not here for the facade of the internet, views and what everyone else is chasing, if you chase that, it’s not really going to have an impact in real life, you see people on certain blogs, and you can be on those same blogs, but have a completely different response, even if it’s the same thing, but that is based on what you have been doing in real life. The promotion is completely different.”

I’ve now got 2 EP’s that are top ten on iTunes with no internet power, what me and my management are constantly thinking is what happens when they put the machines behind me, what will the result be when they give me the internet boost? Because if I’m doing this solely off CD’s something that is considered obsolete now, what am I going to do if you put me in the game and in the limelight, on all the platforms were people are going to see it? It’s gonna go crazy and I feel like this is what’s happening right now, that is what’s going on.

IM THE SHIT! Heres the results, top ten last year, top 5 this year, you cant say my music is shit, I was on X Factor last year and I got 4 YES’s from Robbie Williams, Louis from 1 Direction and Simon Cowell. They’ve sold more records than any of these cunts and they like my shit. I got 4 YES’s out of them, not Britains Got Talent, X Factor, I rapped 2 of my own songs and Kanye West’s Gold Digger and I got 4 YES’s. The crowd was going crazy, my manager was there he saw it, so I no longer tell myself I’ve gotta be humble, nah, when I look at the research of people that have made it, it’s that moment of non humbleness that got them to where they need to be, humble all the way through, maintained good quality stayed likeable and no one wanted to give them that breakthrough, then it was like fuck it I’m gonna do this on my own. That’s my approach now.

Handles has maintained his focus on his way of marketing, connecting with people in real life and his branding, making sure there is always depth behind everything that he produces.

We moved on to speaking about independant artist’s – there is a lot of fakery going on with what is presented to the public and what is actually doable as an independant artist. A lot of the time we are seeing artist’s claim to be independent but in actual fact they have a distribution deal with a mainstream company such as Sony that delivers the music to the masses.

“I’ve got 2 top tens from recording in my bedroom and selling over 60,000 CD’s on the street. That’s independant.

I’m only releasing 4 songs as well, so that people want more, its like I’ve learnt to womanise my music, a woman who gives out everything straight away, no one wants it. nobody want’s it, this is how my approach is to releasing my music, number 5 on iTunes this week, ok I might show you a bit of leg/cleavage (as a euphamism for his music) bit by bit, I don’t want to over do it or under do it so I just do enough so you know I’m staying consistent, and I am more focused on the road, because that’s where I’m building, like bricks and mortar.

The proof is in the pudding and what is kept in the dark will always come to light at some point and that is what’s happening now.”

I had a great chat with Handles TDNB and its quite rare that I interview someone that gives me so much of their knowledge and awareness so I would like to give a special thank you to him, his management and Sophie from Music in Motion PR. 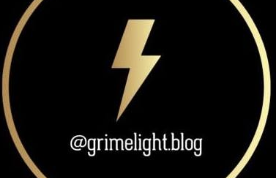